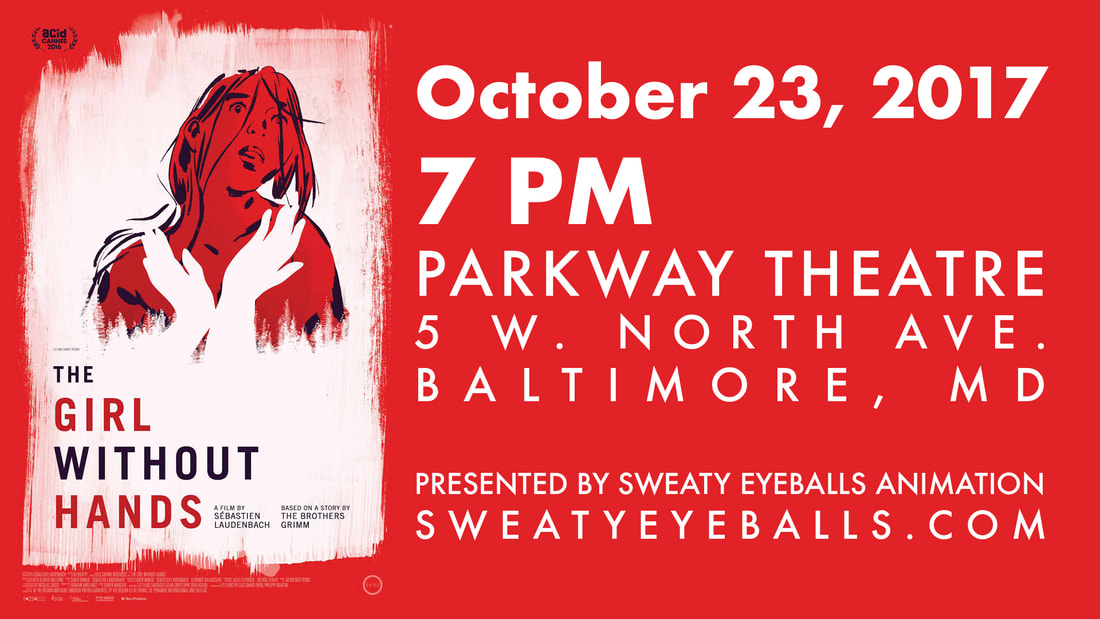 In hard times, a miller sells his daughter to the Devil. Protected by her purity, she escapes from the Devil who, in revenge, deprives her of her hands. So begins her long journey towards the light… but in spite of her resilience and the new protection of a handsome prince’s estate, the Devil devises a plan of his own. The Girl Without Hands is the audacious feature debut from acclaimed short filmmaker Sébastien Laudenbach, whose beautiful and dreamlike take on the Brothers Grimm story has created an adult fairytale destined to become a classic. Hand-painted with lush, evocative details and featuring the voices of Anaïs Demoustier (The New Girlfriend) and Jérémie Elkaïm (Declaration of War), the film premiered in the ACID section at Cannes, was nominated for Best Animated Feature at the César Awards, and won both the Jury Prize and the award for Best French Film at the Annecy Animation Festival.

​Trailer of The Girl Without Hands below: 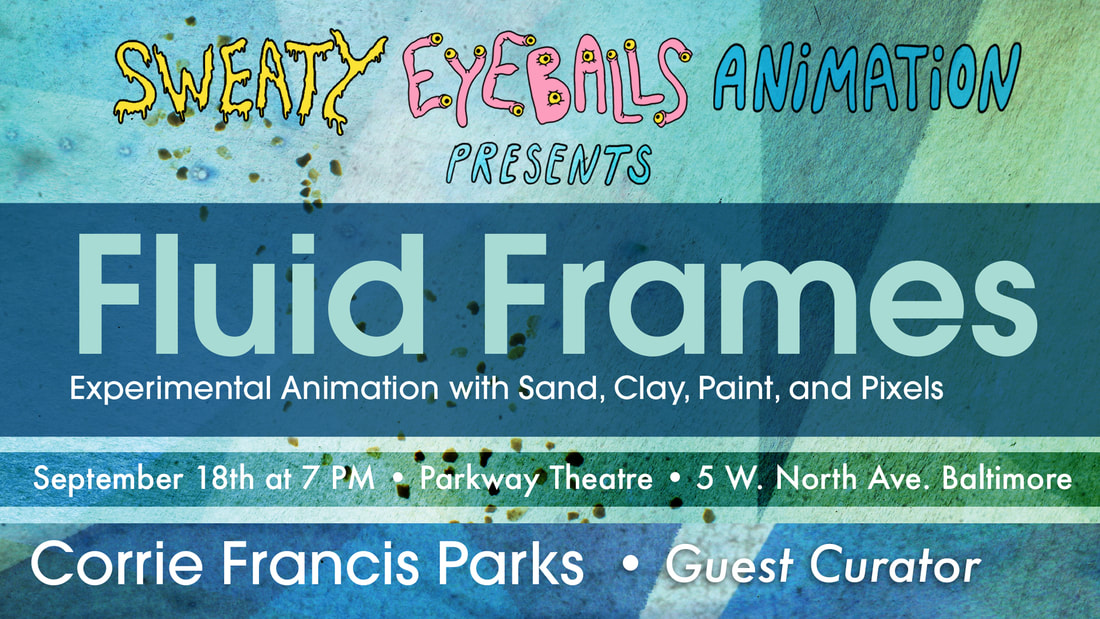 Sweaty Eyeballs Animation is excited to bring in guest curator Corrie Francis Parks to present a collection of international short films from contemporary animators working with wet paint, sand, clay, and charcoal, this program introduces a new generation of visual innovators. Their films dazzle the eye with light, color, and texture, connecting physical materials and the hand of the artist to the narrative context. These artists revel in the process of animation as much as the end goal of the audience’s journey, leaving a memorable impact on not only our perception, but our deeper sensibilities. The program will be introduced by Corrie Francis Parks, professor of animation at University of Maryland, Baltimore County, director of A Tangled Tale and Coyote, and author of the book Fluid Frames: Experimental Animation with Sand, Clay, Paint, and Pixels. A Q&A and book signing will follow the screening. 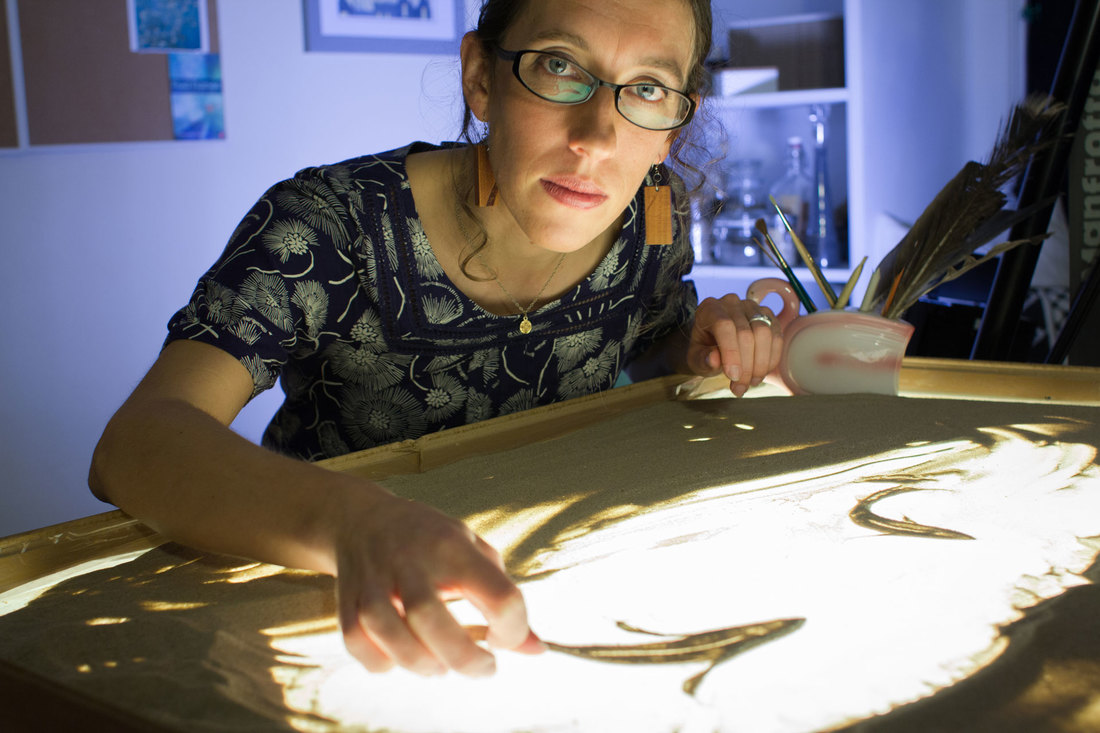 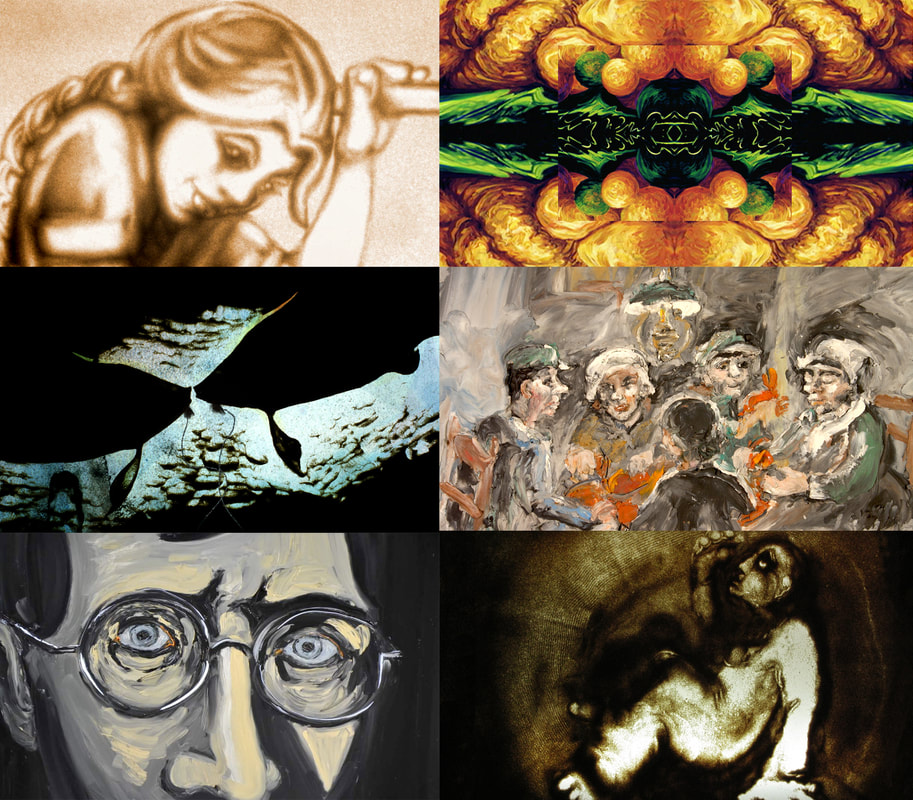 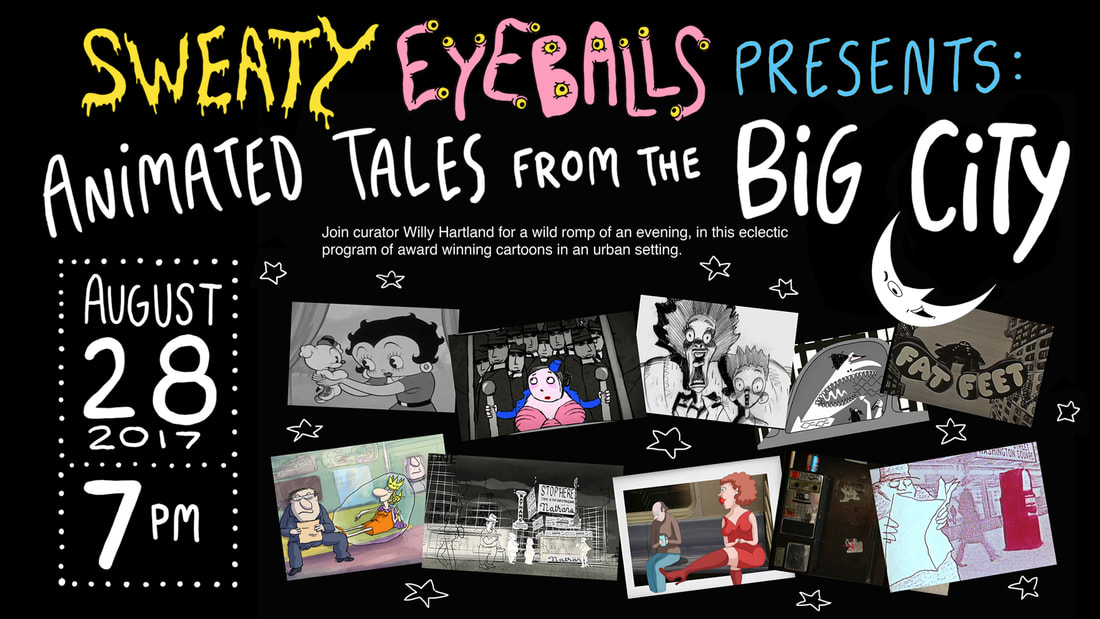 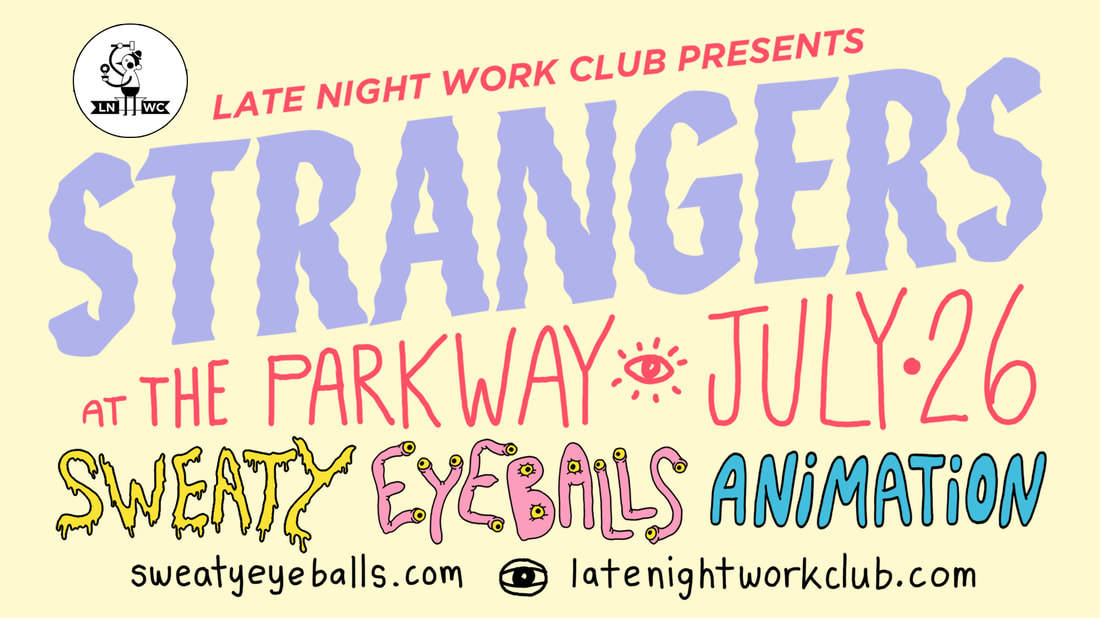 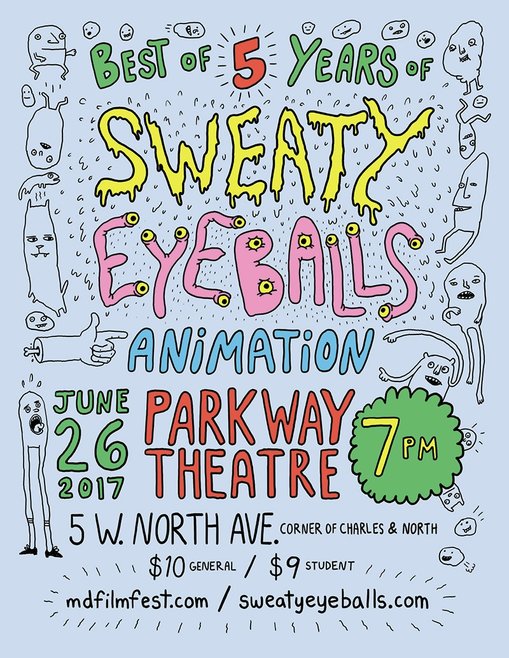 We are so excited to announce the beginning of Sweaty Eyeballs Animation as a monthly screening series at the brand new Parkway Theatre in Baltimore in collaboration with the Maryland Film Festival!
A monthly calendar of screenings will be announced soon with curated animated shorts programs, features, guest artists and speakers, animation workshops, and live music set to classic silent animation. Our first monthly screening will be in late June!

The Sweaty Eyeballs Animation Invitational began as the brainchild of animator and Towson University professor Phil Davis as a way to bring unique voices in international and independent animation to a Baltimore audience. Since 2012, Sweaty Eyeballs screenings have showcased an eclectic mix of animated narrative, documentary, music videos, and experimental work pushing the boundaries of art, style, and technology. 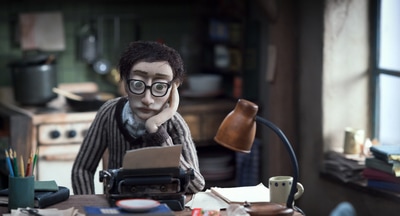 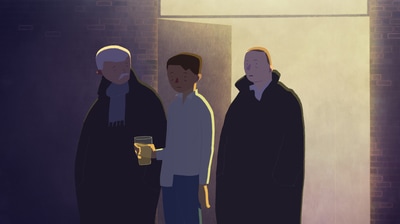 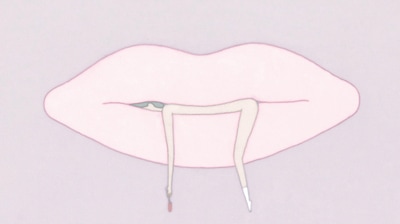 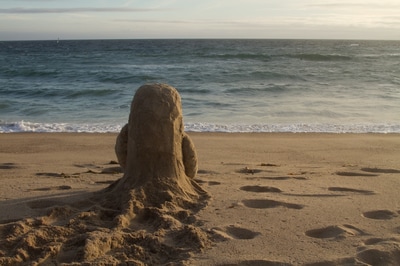 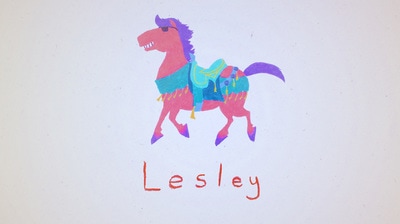 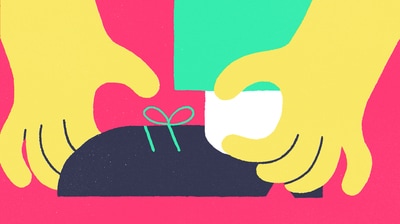 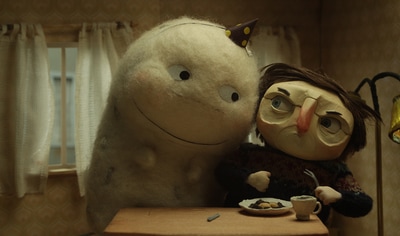 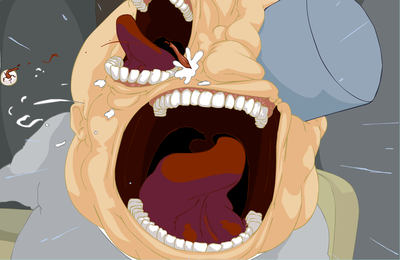 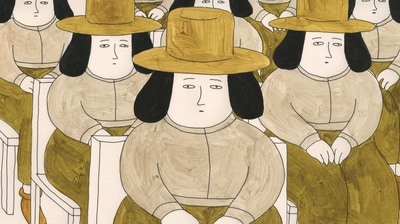 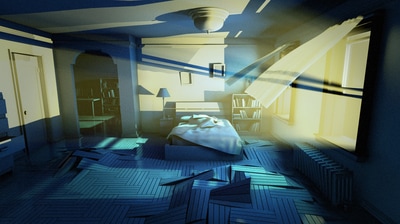 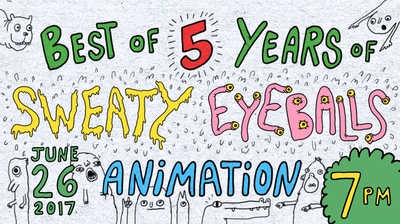