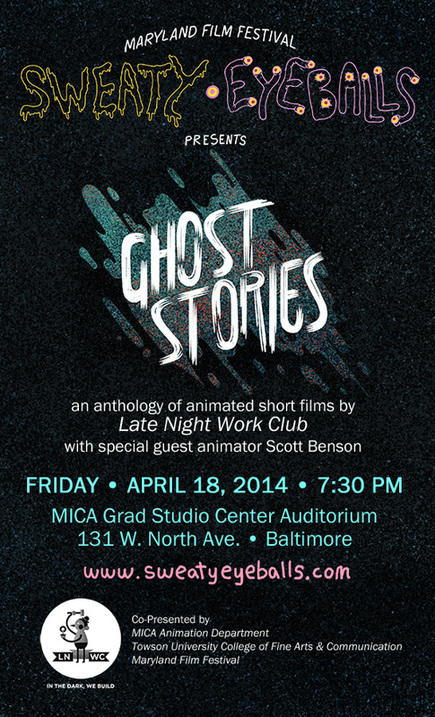 Sweaty Eyeballs is proud to present Late Night Work Club's GHOST STORIES and special guest animator Scott Benson for an evening of wonderful and spooky animated short films. After the screening Scott will show more of his own work and talk about the game he's developing, Night in the Woods.

GHOST STORIES, a short animated film anthology of 11 entirely new shorts wrought by the devil himself. These cryptic tales will scare you, make you laugh, and make you run for cover. They might even teach you how to resurrect the dead right from home. So bring a notepad.

Late Night Work Club is a group of some of the best new and established animators/designers from around the world. Hanging out almost solely on video chats, they have worked deep into the nights for the last year to bring you their first project. 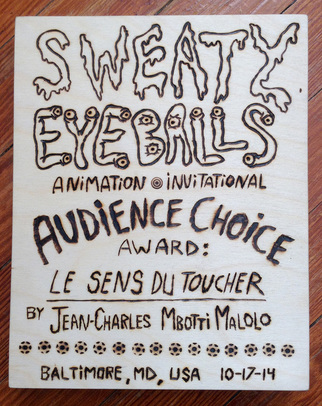 The runner up Audience Choice Award goes to:
Coda by Alan Holly (Ireland)

Congratulations to the winners and many thanks to all those who attended the screening and cast a vote! 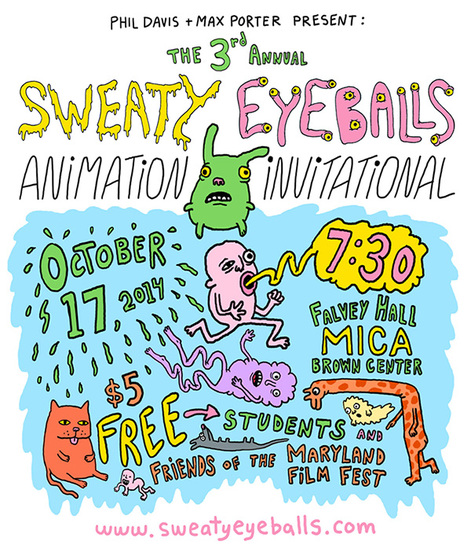 The 3rd Annual Sweaty Eyeballs Animation Invitational returns to the MICA Brown Center with a mind-blowing array of international, independent short animations. Curated by Phil Davis (Towson University) and Max Porter (Maryland Institute College of Art); including narrative, experimental, and music video work made with a variety of techniques ranging from stop motion, hand drawn, to CGI. Come on out for a night of weird and beautiful animation and cast your vote for the audience choice award!